My furnace would not come on, even if I had the power to operate it. The fan was barely on in the winter, but the furnace was never on. My furnace had a high voltage connection and was plugged into a breaker box that could have been disconnected at any time. I never knew when the breaker came on and I had no way of knowing which breaker. I checked every piece of electrical in my house and did not find any breaker that opened. 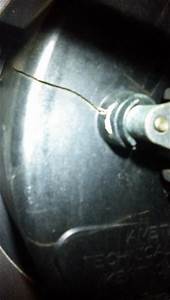 I had to call my installer and they found a breaker in the attic that was open. It was a push type and only did a simple open and close. I ran a wire from the breaker to the gas line coming out of the wall and tried that. I did not have a working connection, so I had to cut the gas line and replace it with an extension. That solved the problem for a while.

I then found the breaker for the gas line and the line went to the line breaker that was used to connect the furnace to the gas lines. It turned out to be the wires for the hot water supply. I installed a new fuse panel and ran the wire from the gas line to the wire that ran from the hot water supply to the furnace. I was surprised to find that the heater now would come on and was also on. I turned the vent control on the gas furnace off to test this. The new connection was a good one and I have had no problems since.